A chuck as used on a lathe can be a useful way of holding a workpiece when it is necessary to machine the end of it.

This is the three jaw chuck mounted on a plate as used on the rotary table.

It is useful where there is more than one part to be machined since all parts after the first will be aligned automatically. 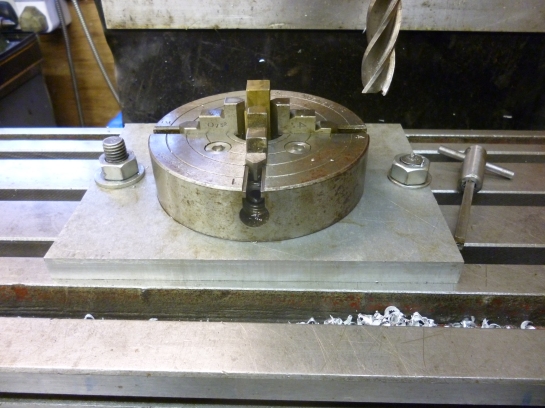 This device was found to be too low down so that doing up the jaws was too difficult. 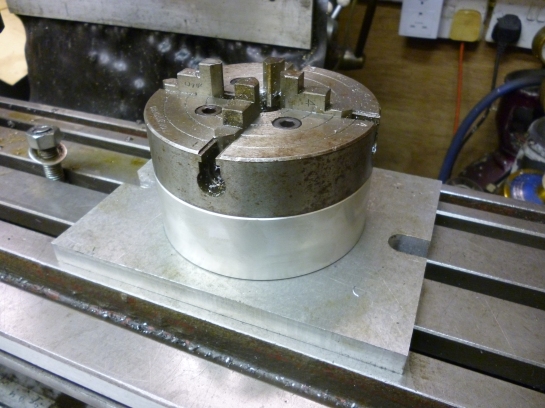 This version was much easier to us.

This larger size is even more useful but due to the weight it needed handles to be able to lift is easily. 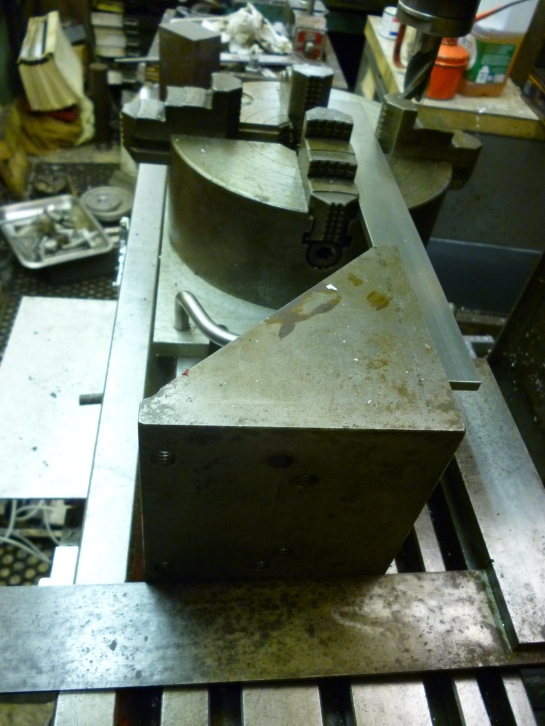