If this configuration is rotated and rotated again it is possible to see a setup that is similar to a pillar drill. The nose of the tailstock is the table and the drill bit is held in the headstock spindle. Instead of a quill being fed down the “table” is lifted, ie the barrel is moved towards the headstock.

It has the advantage over the pillar drill in that a bigger drill can be held. Also the slowest speed on the lathe is often far slower than that available on the pillar drill. 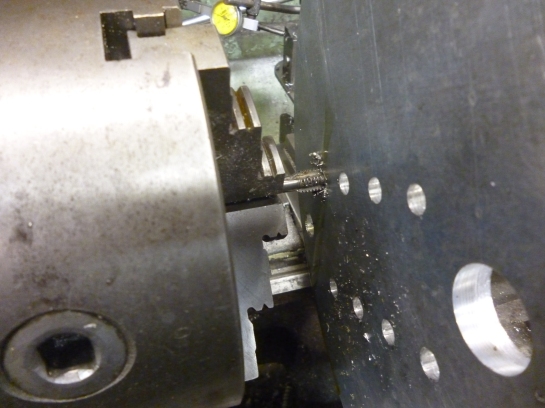 6090 tapping the wrong way round in the lathe