Having made two cylindrical squares it is possible to make an angle plate from a casting. On a vertical milling machine it is only practical to mill a large flat surface if it is parallel to the milling table. 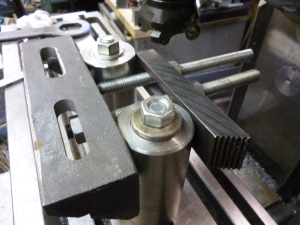